Mark "Squiz" Squirrell and Robin talk about how Virtual Reality can be used to simulate experiences in the classroom that accelerate employees’ learning and create more business impact.

Links from the podcast

Robin: Squiz, welcome to the Learning While Working podcast.

Mark Squirrel: Thanks for having me along. So yes, my name's Mark Squirrel. Squirrel as in the animal, but I normally go by the name Squiz. Today, I'll be talking about the services that we offer at Global Frontline, which is a performance consultancy. We essentially provide two things. One is virtual reality based training to enhance workplace behaviours. Then the other one is workplace workshops designed specifically to talk about leadership, teamwork, and communication.

Robin: There's lots of hype around VR generally. How'd you come to using it, and what are you doing with it?

Mark Squirrel: Well, we're a company that's been alive now for 10 years. We're all about trying to stimulate ideas and thoughts in the training room. As soon as we saw this technology, we put it on and realised that actually that's an amazing way to engage with your audience. If you've got your audience captive, then you can have even more interesting and insightful discussions afterwards. So it's a great tool.

Robin: It's interesting, the other people who work in simulation talk about the idea that you do a simulation, or an experiential learning experience, so that you can do the debrief. Which is what you're talking about--

Mark Squirrel: Look, probably 50% of the learning occurs when people hear a little bit more about what they did or what others did well, or poorly. So that debrief is absolutely critical. But if you can create a high, intense simulation within the safety of a training room, then that's gold. Often that's unachievable because it's so expensive to bring in actors and bring in noise, and all of these other stimuli. But you can do this all in one little bit of equipment, which is called a virtual reality headset.

Robin: Now, there's two types of VR: video-based VR and 3D graphics. Which one are you actually working with?

Mark Squirrel: I don't know if it fits into either of those two descriptions, but we use a 360 camera. So that's essentially a normal camera, but it's filming in every direction. Up, down, left and right, backwards and front. You're looking at it from the inside of the camera. So when you've got the goggles on, you can turn around, you can look up, you can look down and you'll see everything around you. Which is what creates that sort of idea in your brain that you are present, which gives it the reality aspect of it.

Robin: One of the best examples of that VR based video approach that I've heard of was dealing with difficult customers. Where someone was literally yelling at someone. It’s something that is really hard to simulate in the actual classroom.But it was a very powerful learning experience to essentially be in that space with that person.

Mark Squirrel: Yes. Well, that's for a couple of reasons, because you can actually film this stuff now outside of the classroom. So you're in the right context. So if you're in a shopping centre, you're in a shopping centre. You film it here, you get it right once, and maybe you need to film it two or three times to get exactly what you want. But once you've got it, you can take it back into the classroom and use it multiple times. You don't have to continue to do role plays, you've got it locked down in time from that point on.

Robin: Oh, which is interesting because it becomes more consistent than in role plays and cheaper than actors as well.

Mark Squirrel: Absolutely. So it's a consistent message that you can get through, across hundreds of staff. And a lot more powerful than when somebody is trying to simulate that with a teacher or a trainer in a classroom, where the context is just not there.

Robin: Yes. Are you finding it's more expensive than traditional video to work with?

Mark Squirrel: It's probably on par when it comes to filming it. So it's definitely not out-priced. It's not necessarily a cost prohibitive adventure. There's many variables that need to be taken into account before we can actually put a price on it. But our company, Global Frontline can do everything from the storyboarding to the filming, to the editing, to the hiring of the virtual reality. Or you can take a component of that.

No, when you compete with regular videos, it's right up there, around about the same sort of pricing.

Robin: Yes, because it's one of those things that-- I think there's exceptions where it's more expensive. But it takes you probably, as you say, it takes much the same cost as a traditional video production because there are a lot of those same skill sets and even from the software, it's exactly the same.

Mark Squirrel: Well, actually only five years ago it was a lot more expensive. But now thanks to this great thing called technology, prices have come way, way down. It's absolutely a feasible option from a cost perspective.

Robin: What are some of the results you've been seeing--how it is--from using it in the classroom?

Mark Squirrel: Well, our biggest success that I can specifically talk about that has a quantifiable set of figures on it was when we rolled out an occupational violence programme for Ambulance Victoria. So they had about 3,500 of their paramedics go through this training. And the month following the training, they had a 70% drop in their exposure to occupational violence. Now that's not to say that they weren't exposed to occupational violence. It was probably still present, but they knew how to deal with it to a point where they didn't have to report it anymore, because they managed it.

Then over time that those numbers have not been as strong. Which sort of tells us that we need to constantly reinforce this training by providing more of the training. But it does have an immediate effect on people's behaviours. It's mainly because when you're in a situation that's similar to one that you've seen in virtual reality, you don't have to recall the bullet points that were put on the screen. You've been there before, you know what to do.

Robin: There's a thing in transfer of learning theory that if you can get the learning experience closer to the real thing, you're more likely to actually have that transferred to the behaviour in the workplace. It's actually interesting that number didn't stay up.

Mark Squirrel: Well, no, it did stay up nice and high, but we've noticed that over time it slowly-- it's dropping. So I'm not trying to say that it's going to remove all of your issues. Over time they'll creep back in. I'm trying to say we need to keep doing this more and more.

Robin: Yes, the other thing about it is diverse practise over time. That people might get back into--

Robin: --old ways. Or old ways of looking, where it's actually keeping them connected to the diverse set of stuff. It--

Robin: --might be a different way of thinking there.

Mark Squirrel: And complacency as well is a big one, so over time people become familiar and comfortable with their space when we're talking about occupational violence. Unfortunately, that can lead to people being not so proactive in their decision making.

Robin: It's actually interesting to talk about in a slightly negative-- but it is actually a fantastic example of experiential based level and the power of it. To trickle that back about the debrief, how is it using the experiential things in a workshop? Changing these learning designs for the facilitators?

Mark Squirrel: Well, one thing that we've started incorporating--which I don't think many others are doing it and I think this is quite an interesting point--is that what we're asking students to do now is to watch a video and when they come out of it, don't talk. No one engages with anyone. But in front of them are a series of questions that they haven't seen before they watched the video.

Now what that's making them do is, as an individual, reconsider how they've actually interpreted the video that they've just watched. It's applying the pressure and that in itself is making people go, "Wow, I've really got to be attentive to what's going on here in the training room." Then we have a discussion, so then we can calibrate our thoughts.

Traditionally, when we're watching a role play, for example, we'll then ask the whole audience, what did you think there? What did you see was done well or not so well? We don't apply the pressure to individuals saying, "What would have you done differently?"

Robin: That’s actually a really big shift I’m seeing people thinking around learning design. They started at that point, and they're going, "What's the personal reflection point? How can we get someone to think about this in a personal [way] before they run to anything else?” It's come up a couple of times in a couple of different things of getting people to--even before they started talking and discussing--to sit down and write down your thoughts.

Mark Squirrel: I think it's critical. Because quite often when we're facing a critical decision in the workplace, we don't have an opportunity to call a meeting and talk about it. So we need to make that on the spot decision and I think we need to simulate that in the classroom as well.

Robin: It's also interesting, because essentially classrooms have become known for discussions, for that back and forth, rather than a reflective space as well. So it's giving people that time to reflect things.

Mark Squirrel: Correct. Then hopefully, if we can cover most of the variables that they're likely to come across, that's in their bank of memory. And from that point on, they can draw on that as, as they need to.

Robin: Cool. Where I'd like to wrap our podcast is asking a question about if someone were thinking about getting started in VR, what would be your advice, Squiz?

Mark Squirrel: Well, come along and let us give you a demonstration of what we're doing, and see whether or not it's a fit for your future training ideas. It may well be or it may not be, but coming and having a good look at what we do is certainly the first step.

Robin: Yes, getting that sense of what VR is-- is the first step .

Mark Squirrel: I really don't think you can understand it until you've put the goggles on and done it. Now I'm not talking about putting the goggles on to watch a game, because that's different. But put the goggles on from a learning perspective, and then you'll be able to appreciate where it might fit into any future training or designing.

Robin: That example that you talked about of Ambulance Victoria-- it just sounds like a really beautiful gateway to people understanding VR. Thank you so much for this discussion today. 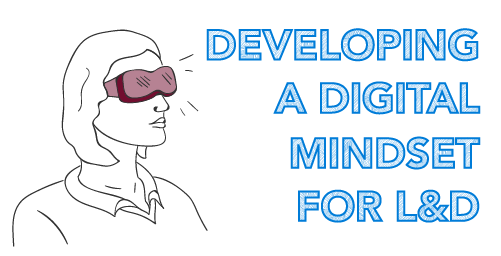